Where a motorway once was is now a thriving urban area that connects the City Centre up to the main urban area in San Solaria City.

Putting down some side streets, a lane way or five, building the tram line and placing down some Government buildings marked the coming of age of an area that was once a six lane motorway.

Some quick retrofitting of a six lane roads that runs parallel to San Solaria Boulevard to place some new tram tracks to allow the running of City Boulevard Lines 1 and 2, and the eventual cross-city routes from the Airport to the City Centre (an all stop service compared to the express service run by the Metro system (think of it as the Northern Airport Line via Dominion Road and the Southern Airport Line via Puhinui Station and the existing Southern Line)) were also done before the final zones went down.

Once the zones went down it was time to unpause and let the simulator run through its day-night-day cycle and the new urban area take form. 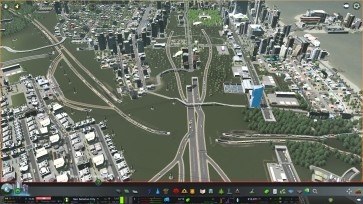 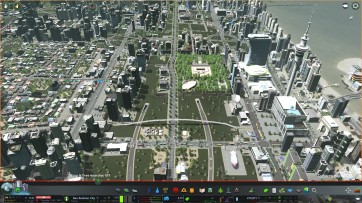 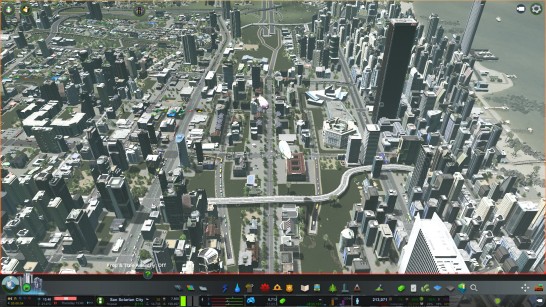 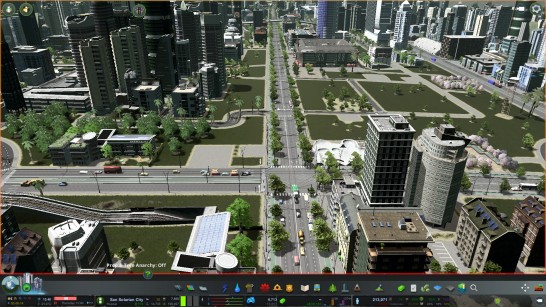 But here we are the proof in the pudding – once was a motorway is now a brand new urban area that links up two formally separated areas.

And those lane-ways? Here is a few of them: 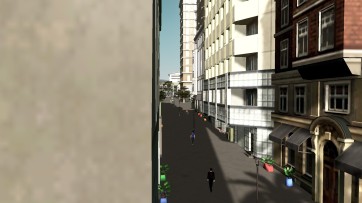 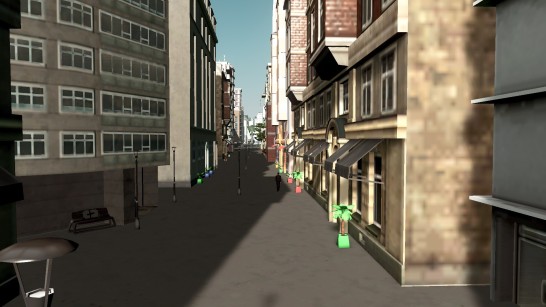 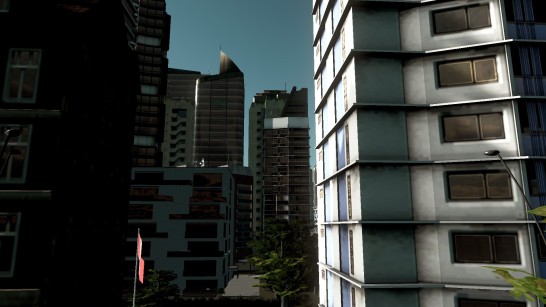 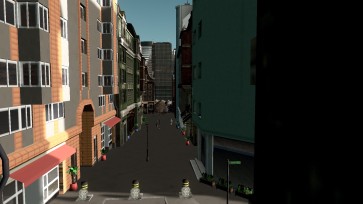 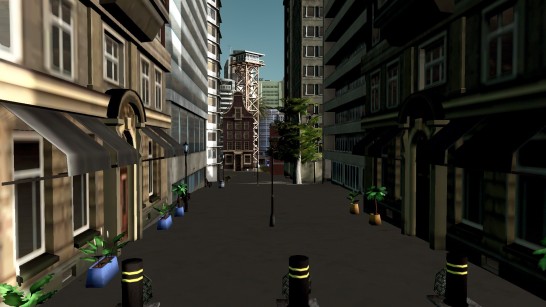 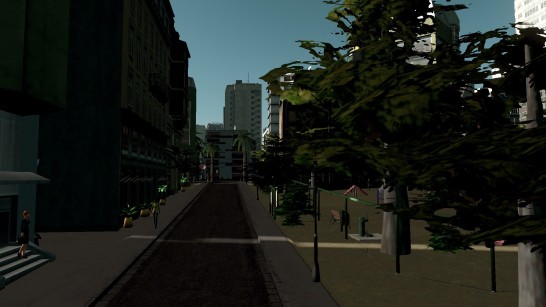 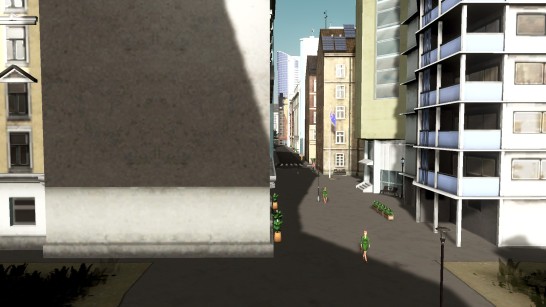 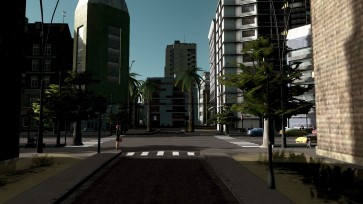 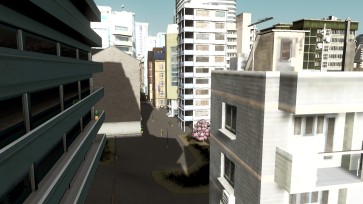 Yes the project was expensive and time consuming to pull off but the benefits were most definitely worth it.