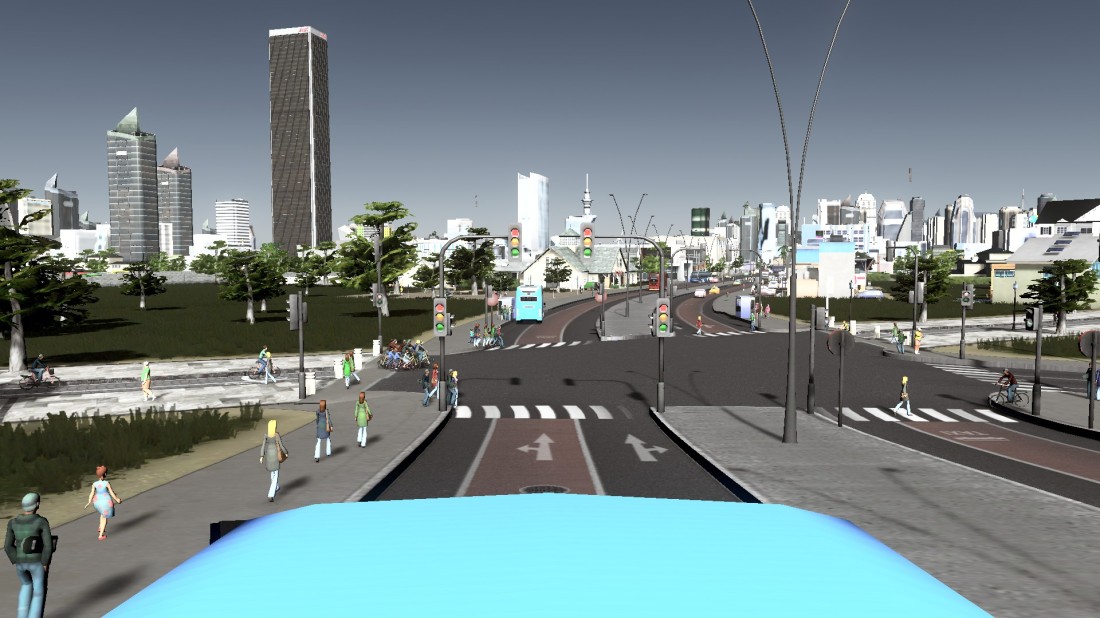 Word from a bus driver in San Solarian City

Transit and active cycling play a big role in my Cities Skyline cities whether it be Layton City or San Solarian City. We often see the exploits of the transportation system as it moves people and goods around. But what is it like on the ground?

Today we here from the bus driver of Route 17 who took the afternoon-evening run on San Solarian’s biggest bus in the fleet – the 135 seater bendy bus. 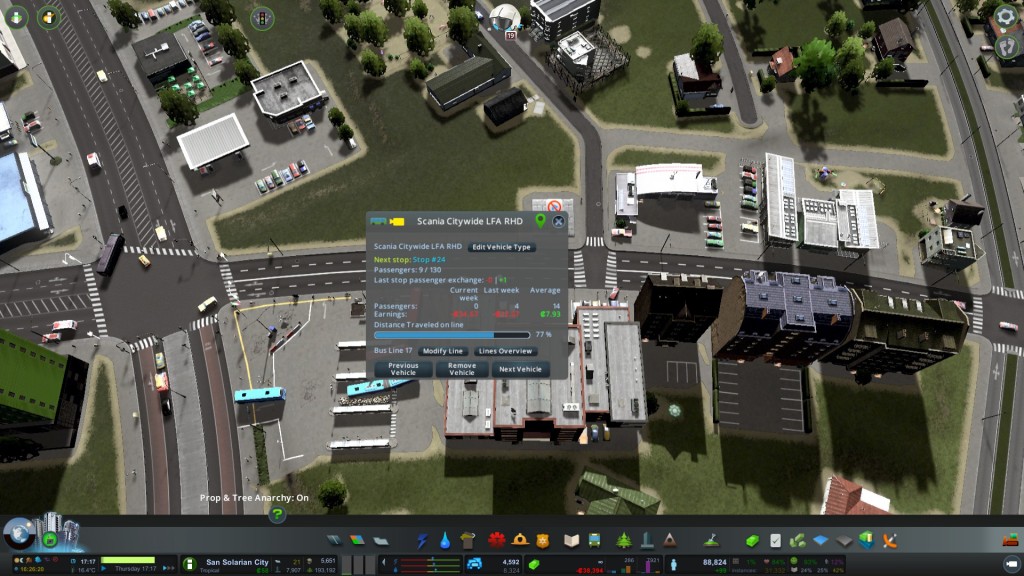 Driver: First the route. Route 17 runs from Glade Hills Transport Interchange to Cozy Clifftops via the new Hill Park development. Unlike the older bus routes, Route 17 runs through the fringe of the City.

Interviewer: So what kind of people do you get on the route?

Driver: Schools, especially high schools. This is where the fun begins especially on the afternoon run with the Ministry of Education having a flexi-timetable policy (no fixed timetable as schools are open 7am – 6pm). Route 17 has two high schools on its route serving some 2400 students. Come afternoon it gets rather “comfortable” even on my big bendy bus. The Hill Park West Bus Station is pretty chocker with students in the afternoon and it can take about ten busses to clear all the students out from the high schools (the rest walk or cycle).

Interviewer: How do we fix the crowding issue?

Driver: The San Solarian City Council is busy building a new metro subway line from the City Centre out to the western fringes of the City. With that and a new cross town route in the plans the crowding pressures should relieve themselves on Route 17.

Driver: Route 17 is also known as the Wow route. Wow as in the views from the cliff tops over looking the ocean as you traverse through Cozy Clifftops back down to Hill Park.

Interviewer: Would you change anything?

Driver: Apart from speeding up the construction of the new Metro line? No, the Route is a pretty sweet one and the kids are often well behaved. Route 17 is like taking a scenic drive through the City unlike some of the other routes that go through the core of the hustle and bustle of the City.

Interviewer: Thank you for your time

Driver: You are welcome. Don’t forget to tag off as you leave the bus.

Following around busses and trains reveals interesting sights not seen at bird’s eye level in Cities Skylines. It is often nice just mingling with the people taking timeout from City building and transport management in a booming city.

We also managed to get some pictures from Route 17 on its run. Have a look below: