Time to go riding the new bus lines in what was at the time the latest suburb to be added to Neo South Auckland, the suburb of Papakura.

Wheels on the bus go round and round

In an upcoming video I we would tour the Papakura-Riccarton Bus Way. One of only two Bus Rapid Transit systems I have ever built in the six years I have owned Cities Skylines!

Because why get stuck in traffic

As the title and heading says; why get stuck in traffic when you can take a helicopter from A to B to C and back again. Let’s go travelling like the elite do across Neo South Auckland!

GET TO DA CHOPPA!

With the new Airport DLC coming out at the end of the month I will have to see how helicopters are dealt with at the new modular airport as currently it is only the Metropolitan Airport that handles them (apart from the stand alone helicopter stops).

Why should I sit in traffic being the traffic when I can take reliable transit from A to B to C and back again quick and cheaply? The answer is I would not. This is why in my Mixed Reality cities built in Cities Skylines there are extensive transit systems following a strict hierarchy. A strict hierarchy as each mode has its optimal efficiency point before diseconomies of scale kick on from inefficiencies.

The TL:DR answer on can City Centres go Car-Free? See the video below

You need to get from the Airport to the City Centre or even out the Papatoetoe, the first urban area established in Neo South Auckland. So how will you do this? Avoid the masses and go with 19 other passengers in a helicopter? Or travel with 810 others in a Metro train that goes under and above ground. Heck if you don’t mind a couple of transfers and a bit of a scenic route you could even take the tram. Either way in Neo South Auckland, and Cities Skylines there will be a way no matter the transit option

Dropping down to First Person Mode to ride the transit system

One thing I think I like to pride myself on in my 6 years building Mixed Reality cities in Cities Skylines is the diverse and comprehensive transit systems that support the spatial form of any given city.

From first house going in to fully mature large cities the transit system is always there for residents and businesses bot new and established alike. Even with the Rush Hour mod that simulates the 24 hour day including weekends, events, rush hours, and even shift working congestion is more localised than say wide spread as would be seen in the IRL Auckland.

But enough from me. Let’s take our first tour of the city using just the transit system.

After a break I am slowing getting back into streaming and creating Cities Skylines content using Neo South Auckland as my current example.

I usually upload both the RAW version for those wanting the entire run through of a city building session, as well as snippets highlighting specific elements like a piece of Urban Design or a Scene.

My latest raw run through from last week can be seen below. The focus was on building the supporting infrastructure for the Riccarton Centre I was also building alongside. This is my second ever attempt in 6 years to build Bus Rapid Transit (it is not my normal play style as I use the rail types more) given I have actual dedicated BRT assets available to do so.

So how did it map out and where will this lead next run through?

I will fetch highlights of the completion of Riccarton Centre, the set up of Riccarton South as a residential support node, further establishment of more residential for the City, and the full operation of one if not two of the Rapid Bus Transit Lines.

The photos below give a preview of this:

From God View to the View of the Cim

One thing not often done, or at least recorded in Screenshots and video is what the City is like from Cim or ground level perspective in the game. For me I love dropping down to First Person Mode to see what is going on a Cim level and see all the interactions in place – or rather traffic fouling up as I forgot to do something in that area.

Speaking of which First Person mode whether it be the free camera or riding transit, it is great for investigating where problems in the City might show up and getting it fixed as it wont always show up in birds-eye or God view. First person mode also makes for great pictures or video of your City so here is one of Antarctica City after I recently expanded the Heavy Rail.

For those wondering why all the mid-rise? It is because I use the Euro Theme by default meaning I get the Euro based buildings that cap out at eight storeys where as the International theme has unlimited height. Ironically though (or not) the Euro theme buildings and designs allow for higher density (in terms of population per set area) compared to all but the largest of super-talls in the International theme.

I have also done an Industry 101-301 series on Twitch. I will place these into YouTube at the conclusion of the series.

Got to move and house those Cims

The following three videos look at where the Grand City of Solaria is or was at as of the 17th June before I started the Harbour District, followed by the Metro being built, and two Micro Districts being laid out.

The Grand City of Solaria as of June 17

The Complexities of Building a Multi Tier Metro System

I did manage to get one of the three Metro Lines working as well. The other two will be done once the Harbour District, and Palpatine Shores are both built up. You might also see the Northern/Southern Lights are enabled when it is night time giving some absolute stunning shots.

Once I have the Harbour District set up I will get some night shots of the Monorail working as it goes through the entire City. The night shots are just stunning.

Next post will cover the Harbour District and Palpatine Shores! 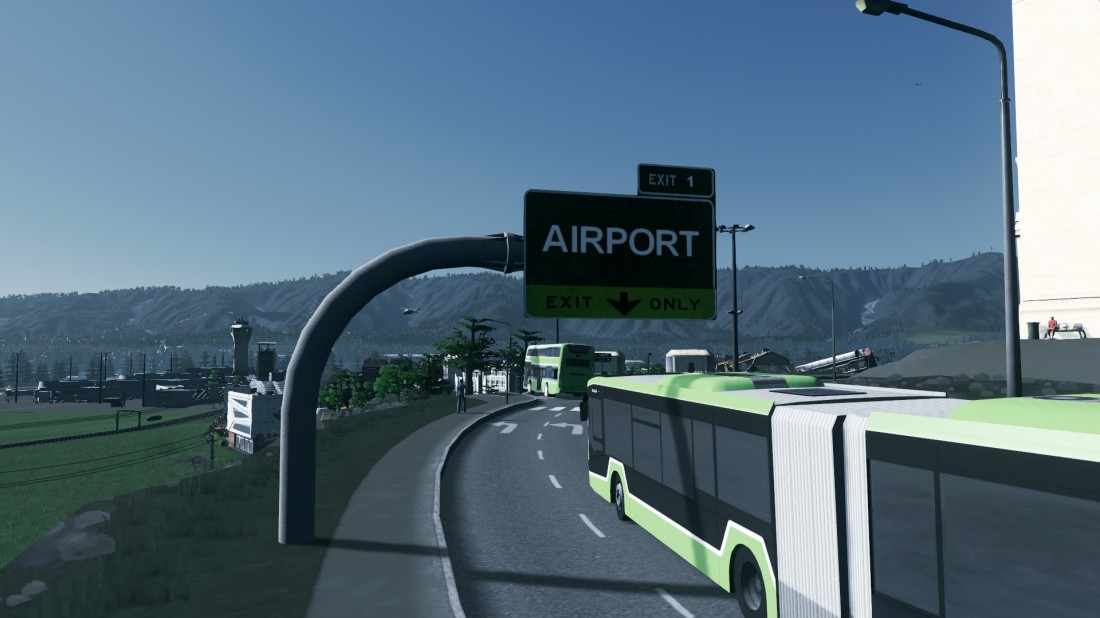 Over the weekend I was part of Cities In a Snap – a competition hosted by Cazgem where competitors have two hours to either build a City or complete a scenario. In this instance it was completing the Traffic Scenario where you have a limited amount of time to get traffic above 82% and the population above 35,000. This was achieved inside the two hours!.

Below is the entire video (including a couple of interviews with Cazgem himself) on how using quick fixes to restore the traffic and get the population back up.

Not a single six lane highway was built. All that was used was inside the existing road corridors with I think only one or two new 4-lane roads built. Some cycle super highways were also built with transit going in at the end. The point being retrofitting and upgrading Real Life Cities do not need multi billion dollar large infrastructure fixes. The small nimble quick fixes are often more than adequate without degrading the urban environment (in fact the urban environment was improved as the Low Land Value flags disappeared).

One of the more unusual ways to go, or I need to update an expressway? I decided to follow a random car from the airport to where their destination inside Neo South Auckland. Where did they end up? The other side of the City, well nearly as they headed to the Aviation Club. The scenic […]

Riding the Bus Lines in Papakura, and an old one too. Neo South Auckland #CitiesSkylines

Finally Completed Busway moves buses efficiently Time to go riding the new bus lines in what was at the time the latest suburb to be added to Neo South Auckland, the suburb of Papakura. Wheels on the bus go round and round In an upcoming video I we would tour the Papakura-Riccarton Bus Way. One […]

Why sit in a car when I can take transit to go places Why should I sit in traffic being the traffic when I can take reliable transit from A to B to C and back again quick and cheaply? The answer is I would not. This is why in my Mixed Reality cities built […]