If you have the Transport Line Manager Mod you are able to produce Metro-type transit maps of your City. At the moment it only covers Metro, heavy rail, tram and ferries but it looks pretty good for a product only in Alpha-testing.

I got a transit map set up for San Solarian City and this is what it looks like:

Please ignore one of the tram lines going off the map as it seems one of the tunnels is causing a glitch out. But you can see the Metro lines (medium thickness), the tram lines (thin lines) and the ferries (dashed lines). If I had heavy rail going you would see thick lines also on the map. Bus lines are at the moment not included and if they were I hope they would be allowed to be published separately to save clutter in a large city.

The PDF version above is set to A2 paper size and best zoomed at 400% to get a clear look. The file itself is under a megabyte in size so it wont cause your phone to do a Three Mile Island on you. 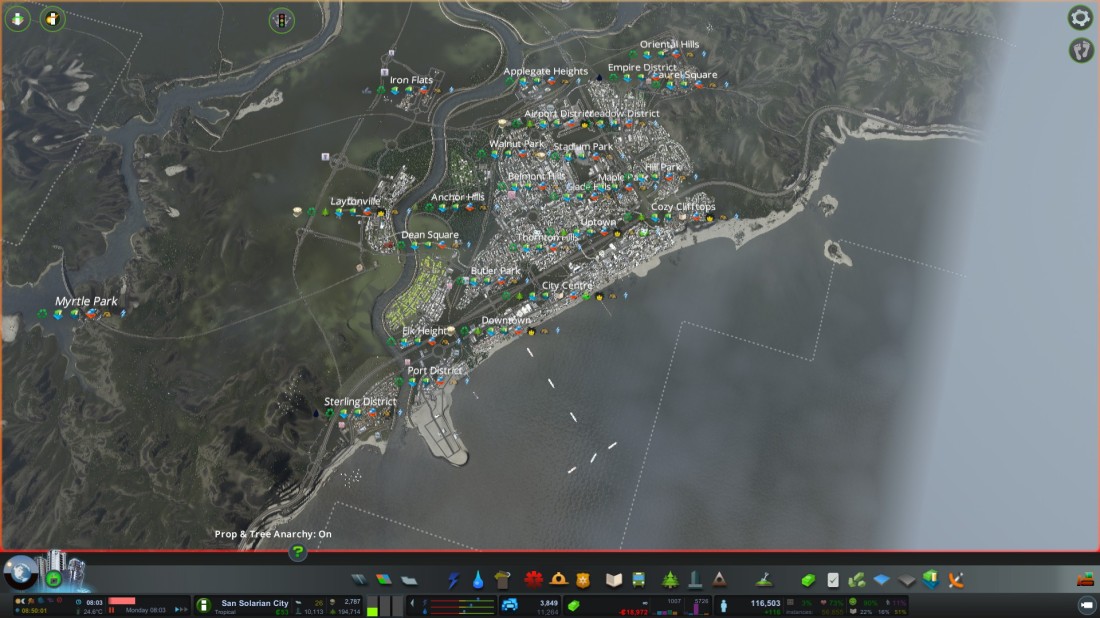 The above photo is roughly in line with the transit map so you can work out roughly how things are laid out.

As the city continues to expand so will the transit system. I will keep you posted on how it works out. 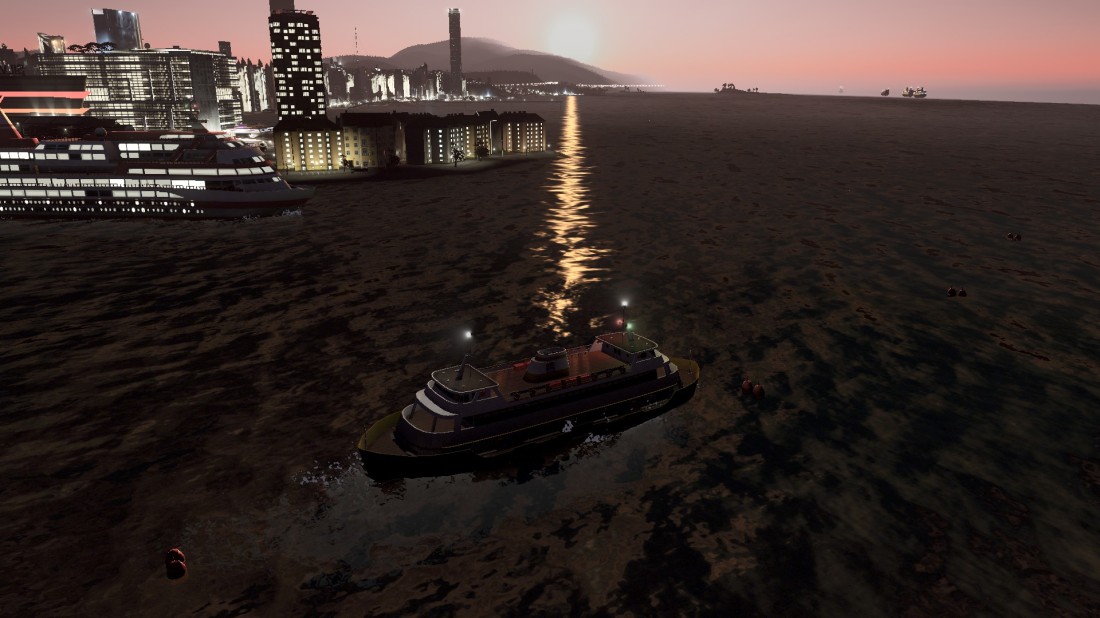 Removing mod did the trick

I got around to removing an old mod that was causing the City to have major graphical issues every time a ferry system was put down in San Solarian City.

Given the City sits on a coast line and has a river running through the middle of it the ferry system I thought would be a novel to set up a basic system that travels both the coast and river system.

At the moment I have only established the coastal system with ferries running between the Port District and Wood Hills with stops along the Downtown and City Centre waterfront areas. So far most of the users of this ferry route are tourists (go figure) rather than commuters. I will later today establish the River to Downtown Ferry route and see if I can get a few commuters there.