This is why you don’t smoke in a forest

Someone careless buffoon caused a fire at the San Solarian Forest last night triggering a response from nine fire trucks and a fleet of 10 fire helicopters to put the blaze out. Damage was contained to the trees and some minor damage to production buildings.

Investigations are underway on who started the fire: 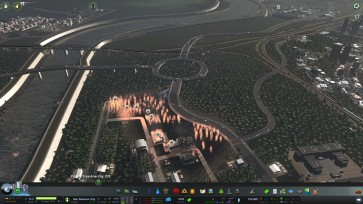 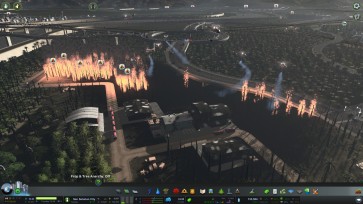 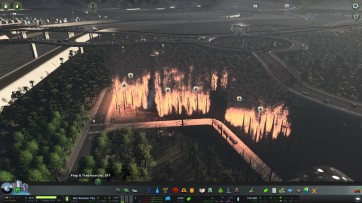 Night time mode is when I leave the simulator to run on Cities Skylines if I had done a large scale urban development project in the previous day cycle. Night time mode also means some pretty looking pictures of your city at night time as well.

So let’s follow around a GT2000 as it decided to pass just about every power station in the City:

Contrary to Twitter claims it was not Minister Gerry Brownlee trying to find a car park after he couldn’t find one in Christchurch City Centre the other day…..

As for power ratios in San Solarian City: